You analyze them! When the CVB became inundated with fleas, Francisco Ferriera, Dina Fonseca, George Hamilton, and Dana Price decided to find out exactly who they were. After a fellow employee came into the CVB with tiny insects on them from an adjacent greenhouse (and adjacent feral cats), the fleas jumped ship and hunkered down at the CVB. Francisco became a favored host and the quest was on to find out more. Ctenocephalides felis turned out to have two haplotypes: h1 and h6. Furthermore, h6 had an 83% infectivity rate with Rickettsia asembonensis while h1 had a much lower rate of infectivity (31%). Bloodmeal analysis revealed human blood and an indepth metagenomic analysis was performed with results placed in GenBank and NCBI BioProject. You can read further details in Scientific reports:

Jim Occi, MacKenzie Hall, Andrea Egizi, Richard Robbins and Dona Fonseca found the first recorded specimens of the soft tick Carios kelleyi, on big brown bats, Eptesicus fuscus here in New Jersey. Larvae were taken from the bats as part of a mist-netting survey on bats by NJ Fish and Wildlife. Although this is the first instance of finding this argasid tick in New Jersey, the tick itself is widespread throughout North America and is considered native and not invasive. This puts a new ecology in consideration in the Garden State. The epidemiological role of this tick toward human disease, however, is thought to be low as it prefers to stay on and near bats. You can read more about this in their paper:

Congratulations to Jim Occi, Andrea Egizi, Ashley Goncalves and Dina Fonseca on the publication of their efforts to see if two species of ticks had evidence of infection by Rickettsia rickettsii. 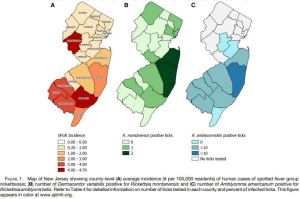 Since NJ humans have been reported to have spotted fever group rickettsia (SFGR) infections, a survey of Dermacentor variablis and Amblyomma americanum was undertaken to look for Rickettsia rickettsii, the causative agent of SFGR infection. None were found  with the Rickettsia pathogen, although a percentage of each species were found with non-pathogenic Rickettsia. The lack of finding the causative agent east of the Mississippi is yet another piece of evidence showing the rarity of this infection on the eastern side of the US. Additionally, this indicates the growing need for significant tick and pathogen surveillance. See the full paper at: https://www.ajtmh.org/content/journals/10.4269/ajtmh.20-0145

Tick Awareness is important in thinking about strategies to avoid tick bites and their consequences if we don’t think about them. So, to emphasize their increasing importance in New Jersey, May is Tick Awareness Month. Here is a compendium of things to do, including a visit with Ben Beard, from the CDC on the 30th of May. 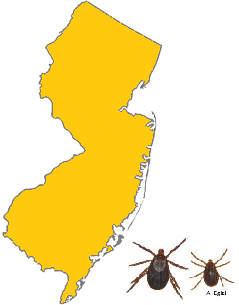 We now know that eleven ticks species can be found in New Jersey, thanks to Jim Occi, Andrea Egizi, Richard Robbins, and Dina Fonseca. Surprisingly, not many states have a full accounting of the tick species within their borders. But after the discovery of the invasive Asian longhorned tick (Haemaphysalis longicordis), it seemed like a good time to correct that for the state of New Jersey. If surveillance or control measures are ever considered, then you need to know who is present.

The tick species present are:

All species are supported by voucher specimens. This list is, of course, subject to revision upon further discoveries. 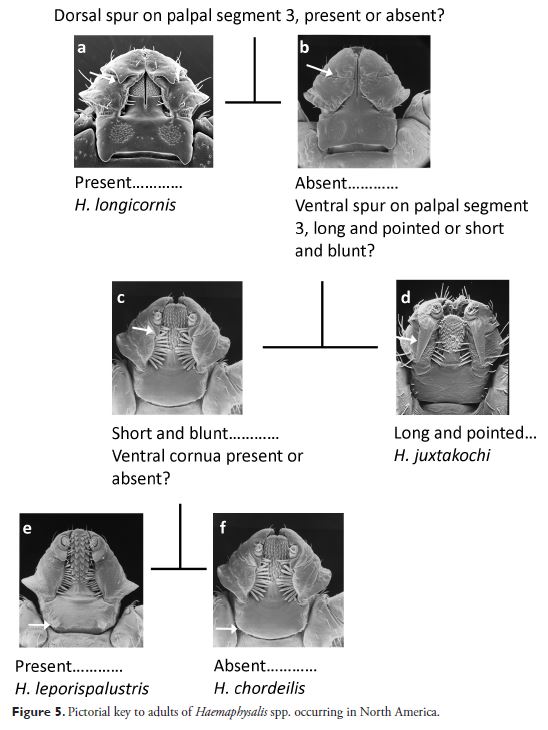 When the Asian longhorned tick Haemaphysalis longicornis was first detected in New Jersey, it might have easily been overlooked as being the native Haemaphysalis lepoporispalustris rabbit tick (or less likely, the bird tick H. chordeilis). Fortunately, there is now a key available to help with the proper identification of these ticks. Andrea Egizi, Jim Occi, and Dina Fonseca, along with a crack team of tick researchers have developed this key to aid those in deciphering the identification of this genus. You can download the paper from Zookeys here. 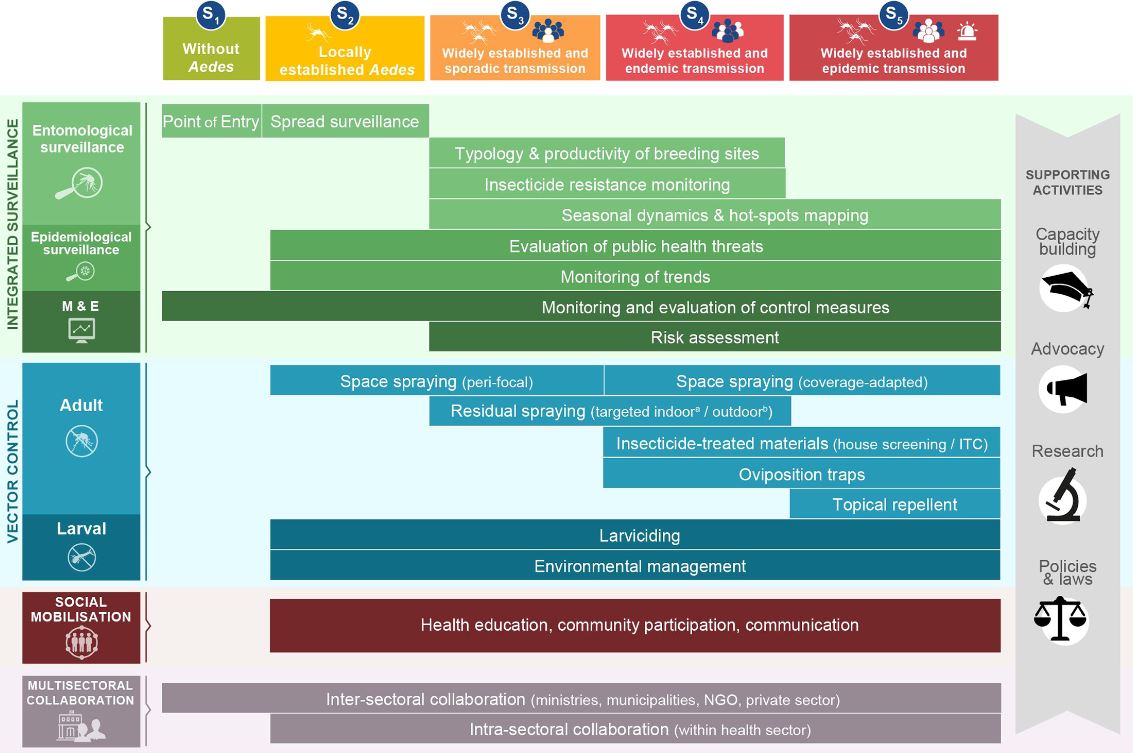 A new publication in PLOS: Neglected Tropical Diseases entitled Integrated Aedes management for the control of Aedes-borne diseases suggests the need for government and health authorities’ participation in integrated, community-based responses using locally adapted vector control strategies in preparation for Aedes-borne arboviral diseases. Through using this framework of decision-making guidelines, communities and area-wide regions can prepare effective strategies of reducing risks inj current and emerging disease situations. Surveillance, risk assessment, mosquito control through all levels of life stages all contribute together toward successful strategies. Dina Fonseca, director of the Centers for Vectgor Biology, was one of the authors of this paper. 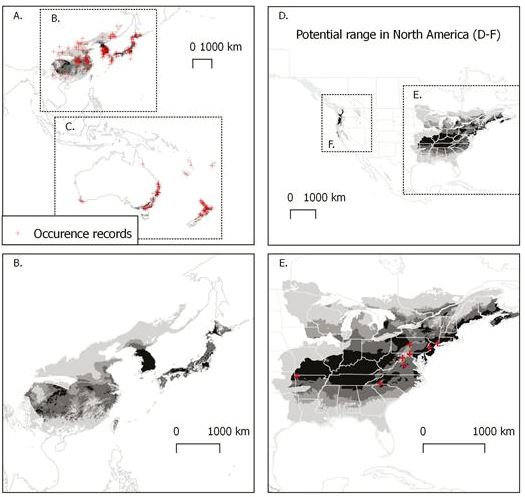 Ilia Rochlin, an associated researcher at the Center for Vector Biology, recently published an article exploring the potential distribution of the Asian longhorned tick, Haemaphysalis longicornis in a paper titled: Modeling the Asian Longhorned Tick (Acari: Ixodidae) Suitable Habitat in North America in the Journal of Medical Entomology. He uses maximum entropy distributions to model potential North American distributions based on old world distributions and climatic and ecological variables. Annual temperature, precipitation, and ecological zones were significant factors in determining that the eastern half (with a small slice of the Pacific Northwest) of NA appears to have suitable habitat for this tick. This tick could be of concerned for domesticated animals as well as the potential for spread of tiboviruses (tick-borne viruses) such as Heartland virus. 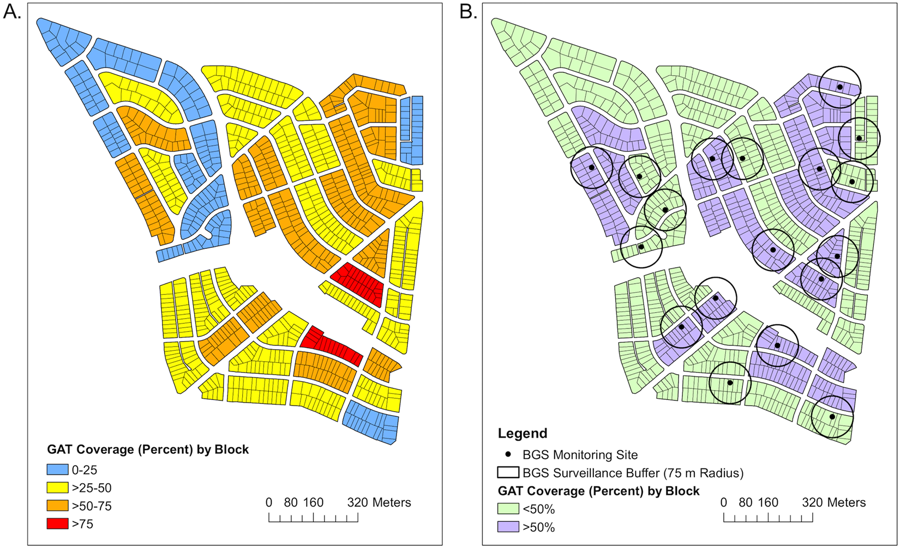 Through the use of a simple trap that will kill egg-laying mosquitoes and the participation of a few of one’s neighbors, people can get a handle on the Asian tiger mosquito Aedes albopictus. The numbers of this significant nuisance and potential public health mosquito decreased significantly through this action, according to a recently published report on  “Neighbors help neighbors control urban mosquitoes.” Often, public education regarding what people can do in their own backyards towards mosquito control is not fully successful. But the Citizen Action approach can solve problems difficult issues with a straightforward approach.

If an agricultural pest can be found quickly enough, control could potentially get rid of it. Unfortunately, often when pests are finally detected, their numbers are large enough to make control difficult. But what if you could detect their presence at low numbers, when control could be more effective?

That is the strategy that Rafael Valentin and co-authors took in using environmental DNA to look for brown maramorated stinkbugs (Halyomorpha halys). By sampling the water used to wash picked crops for evidence of stinkbug DNA, the team were able to pick up indications for the presence of the stinkbug before they actually found the bug itself. Click here for a summary of their project. Read more about the project in their publication in Frontiers in Ecology and the Environment.